This update addresses a Remote Code Execution vulnerability (CVE-2009-1869) I reported to Adobe a month ago.

I would like to thank Adobe for the efficient way in which they handled this security issue.

A full advisory will be posted on Sunday. In the meanwhile, I’ve uploaded a video which demonstrates a successful exploitation of this vulnerability: 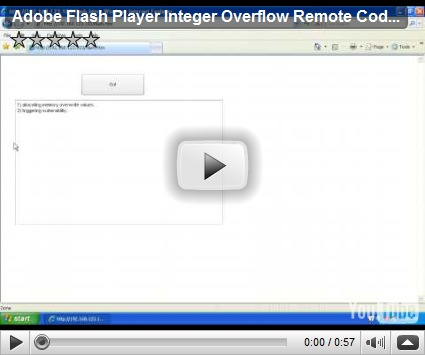